SIFF 2018: Racer and the Jailbird/After the War 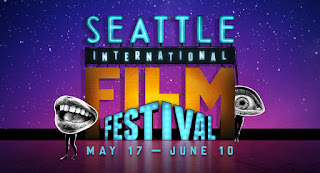 Thursday was opening night of the 44th annual Seattle International Film Festival - twenty five days featuring over four hundred movies.  On Friday I saw two of them.  The first was a French-Belgian production; the second a French-Italian production.  Unfortunately, both were disappointments.

Racer and the Jailbird (Le Fidèle)
A very, very mixed bag.  Bibi (Adèle Exarchopoulos) is a successful race car driver.  Gino (Matthias Schoenaerts) is a thief with a long history of screw-ups and prison time.  They meet and fall in love.  But Gino’s inability to leave his life of crime behind him pushes their relationship to the limit. 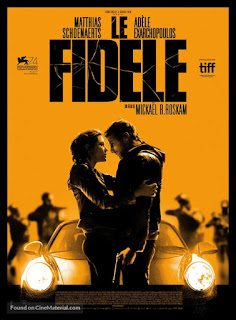 Also pushed to the limit in this film will be your willingness to endure director Michaël R. Roskam’s wildly uneven story-telling ability.  The first two-thirds of this film are very good - original, compelling, moody.  But in the last third of the movie, the narrative goes into complete meltdown.  (Be advised this post will contain spoilers, though, frankly, nothing spoiled this film more than what Roskam and his co-screenwriters Thomas Bidegain and Noé Debré did to it in the final thirty minutes.)  Gino is in prison at this point in the film.  But Bibi still loves him.  Soon, thanks to prison visitation rights, she’s pregnant with his child and waiting for her fiancé’s release.  The film should have stopped there.  If it had, it would have been an entertaining love/crime story.  But no.  Instead Bibi has a miscarriage.  Then she gets cancer.  She cuts a deal with the Albanian mob (!?!) to break Gino out of prison (this is completely out of character for her, by the way).  Then she goes into a coma.  Then she dies.  After a savage beating, Gino is taken out of prison by the Albanians.  But rather than free him, they lock him in a cage in a warehouse.  He breaks out of the cage.  Then there’s a big gunfight in the warehouse from which Gino emerges victorious.  He leaves and goes to a cemetery (presumably to see Bibi’s grave).  The end. 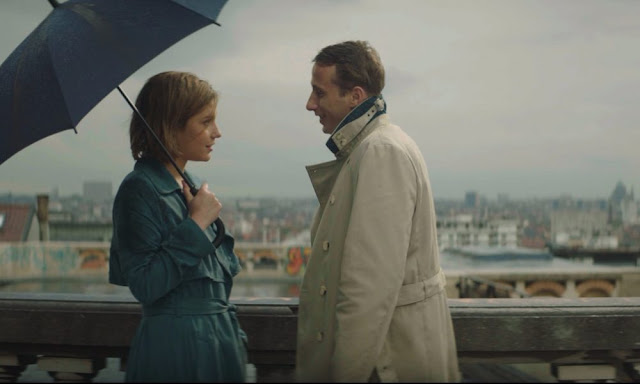 Ludicrous, far-fetched, over-wrought - it was hard not to walk out of this film.  When the house lights came up, not a single clap.  Why do film-makers ruin their own films like this?  I don’t understand.  I had the same problem with Clint Eastwood’s Gran Torino.  That was a outstanding portrait of a man and the changes he encounters in old age; but, there too, the film-makers couldn’t leave well enough alone and had to spoil the film by dragging in Eastwood’s tiresome, old Dirty Harry conceits.  Maybe after years in the film business it hard for producers, directors, and writers to deal with normal, ordinary life.  The concept of people experiencing events and then just going on with their lives is not something film-makers (as compared to, say, novelists) know how to deal with.  Reality is too disturbing for them; they are out of their element.  It freaks them out.

OK, I’ve trashed the bad part of this film but now let me back up and praise the first two-thirds of it, which are worth seeing.  Exarchopoulos and Schoenaerts are a delight to watch together.  She’s reserved and moody, yet full of a watchful suspicion of the world.  Self-protection is her nature.  He is vivacious, charming but boyishly vulnerable.  A crook more by accident than by nature.  If there was a French version of Reservoir Dogs, he would have fit right in with the other doomed petty thieves.  The original title of this film is Le Fidèle, which means “The Faithful” in French, and it should have been kept for its American release because this is a film about faith, trust, and confidence.  Not among the criminals, mind you, but between the two lovers.  Normally two people arguing about the importance of trust in their relationship would not have a lot of dramatic possibilities, but make one of them a criminal, as Roskam has done, and the topic takes on major importance.  This is a thriller about honesty.  Finally, I like Roskam’s directorial style.  Everything about this film is low-key and slow.  The colors are muted.  There isn’t much music.  Roskam doesn’t force a scene, he lets the camera linger.  He’s not afraid of silence.  This doesn’t weaken the film, rather it enhances it.  In a film this quiet the slightest gesture becomes a tidal wave.  It was masterfully done - at least for a while. 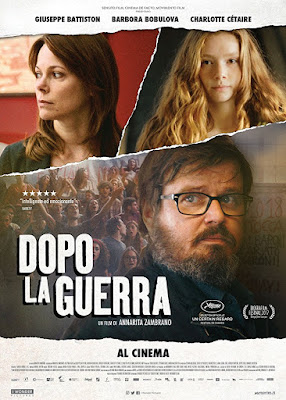 After the War (Dopo la Guerra)
Back in the 1980s Marco Lamberti (Giuseppe Battiston) was part of a left-wing terrorist group in Italy, sort of like the Red Brigades.  After murdering an Italian judge, he sought and received asylum in France.  Decades later a terrorist act in Italy (which he had nothing to do with) puts him under the spotlight and makes him a target for extradition.  He and his sixteen-year-old daughter flee into the French countryside.  Meanwhile, back in Italy, his family suffer the consequences for his past crimes.

A dud.  This film is slow, heavy, and lugubrious.  The characters are shallow.  Worst of all, though, is the inability of the film-makers to honestly deal with the very topics their own film raises.  To make a candid and frank film about the terrorist groups of the 1960s, 70s, and 80s (The Red Brigades, Baader-Meinhof, Weather Underground, etc.) requires a tremendous amount of courage and intelligence.  For this film to work we need to understand Marco’s commitment to violence, especially the ideology of revolutionary violence so prevalent at the time.  Without that, he remains unsympathetic and this is nothing more than a dreary little tale about a scofflaw.  But the film never provides this understanding, we never really get inside Marco's head.  Instead we’re shown the problems which the terrorist’s family undergoes - his sister in Italy gets fired from her teaching job, his daughter can’t go hang out with other teens at the beach, etc. Interesting, to be sure, but since the big question of the film - should Marco go to jail for his actions twenty years ago or not - never gets candidly addressed, all of the human interest sub-plots seem evasive.

I understand the reluctance of director Annarita Zambrano and her co-writer Delphine Agut to take an honest look at terrorism from the terrorist's point-of-view.  There are many angry and damaged people in Europe and the US who might find Marco's commitment to revolutionary violence inspiring, but if the artists are unwilling to deal honestly with a difficult topic like this, then they shouldn’t deal with it at all.  And the final sign that Zambrano is in over her head is the ending (spoiler alert).  Rather than deal with the issues her own movie raises, she simply kills off her protagonist.  Marco is on the road one dark night and car runs him over and kills him.  So there.  As they used to say back in the '60s: What a cop-out.

Posted by Andy Nicastro at 6:05 AM