I was at the Seattle Center earlier today and saw a bunch of murals on the wood barrier outside of Key Arena.  I thought they were pretty cool, so I took some pictures.  And here they are... 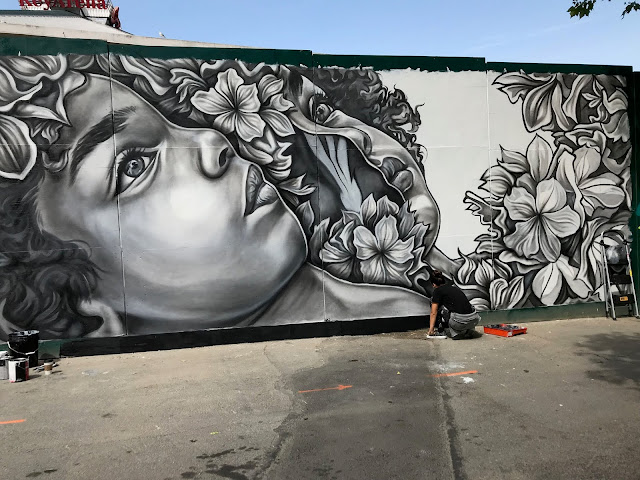 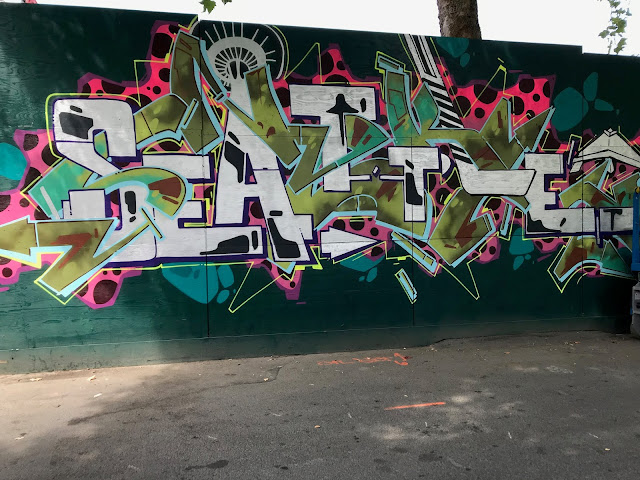 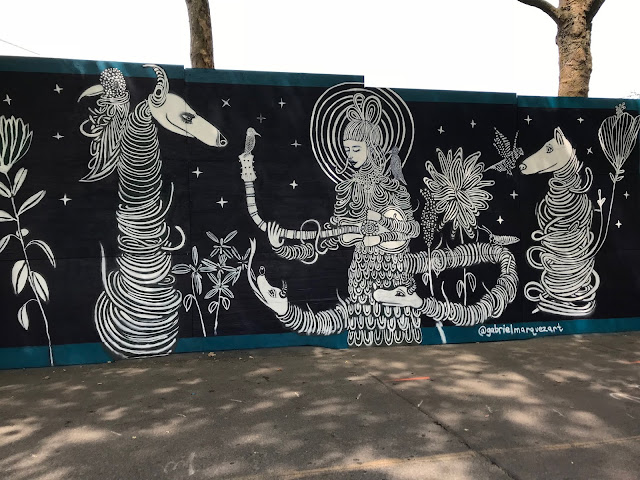 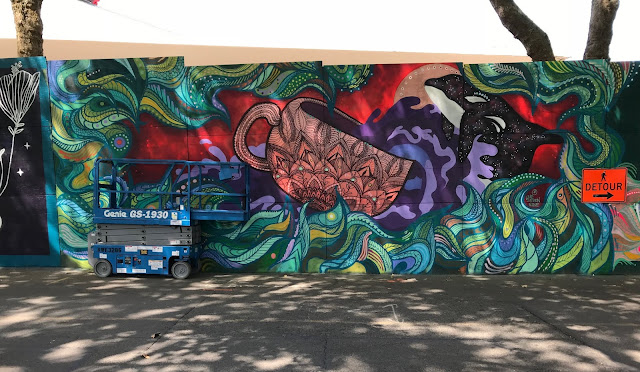 Posted by Andy Nicastro at 5:45 PM No comments:

Here, I thought, stood an American businessman who, when he goes to sleep at night, does not dream of the Knights of Camelot or of Thomas Jefferson or even of Napoleon Bonaparte.  The hero of his dreams, in color TV, is the self-made man of America’s pioneering era.  Is such a man a conservative?  Perish the thought!  Conservatism implies the strict rule of law, respect for the existing order to the point of snobbery.  The American businessman, on the other hand, admittedly no snob, dreams of the Golden Age of disorder in which a man like H.L. Hunt, the richest man in America...could win his first oil well at a poker game.  He dreams of plain lawlessness to which, according to him, America owes her greatness, he dreams of...a form of government without taxes and without central direction.  Since we Europeans are accustomed to identify fascism with uniforms, the goose step and discipline of every kind, we find it very difficult to understand the fascism of the American businessman, who would only impose that minimum of discipline required to protect the economic chaos which he favors.

- Hans Habe, The Wounded Land: Journey Through a Divided America (1964)
Posted by Andy Nicastro at 6:09 AM No comments: 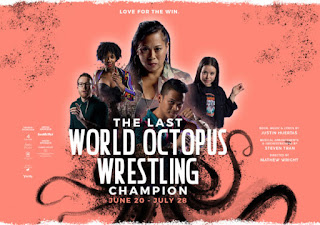 Went to see The Last World Octopus Wrestling Champion, a new musical, at Arts West yesterday.  Bad.  Really bad.  It’s about Lee, a Seattle college student who discovers that she’s part octopus, or, rather, some kind of human-octopus hybrid.  See, back in 2000 Lee’s mom, a martial arts enthusiast, took part in Seattle’s octopus wrestling competition.  This was a real thing.  Local divers would go into Puget Sound and bring up the largest octopus they could find.  It was then weighed and returned to the water.  How a sport this exciting and action-packed ever died out, I’ll never know.  Anyway, Lee’s mom was its champion, but on her last outing things went horribly wrong and….well, it gets a little convoluted and I don’t want to ruin it for you.  The Last World Octopus Wresting Champion is part myth, part folklore, part local history, part fantasy.  And part love story as well (spoilers ahead).  Lee notices her cephalopod abilities when she falls in love with Nia, a fellow college student.  Nia soon notices that she, too, is able to transform into an octopus.

With book, music, and lyrics by Justin Huertas (who got some help from Steven Tran), the main problem with The Last World Octopus Wrestling Champion is its overall mediocrity.  The story isn't told well.  The characters are stage caricatures, they never approximate real people.  And the music, with the the exception of the song "Sleep Well, Love", is largely unremarkable and unmemorable.  An air of amateurishness hovers over this play and never leaves.  It need re-writes.  It feels like a work-in-progress.  Even the title is off; shouldn't it be called The Last Octopus Wrestling World Champion?  If this were a high-school production one would say "Wow, these people certainly have promise".  But it's not a high school production.  One expects more - but doesn't get it.

The Last World Octopus Wrestling Champion will play at Arts West to July 28th.
Posted by Andy Nicastro at 6:29 AM No comments: