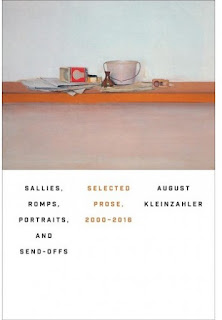 I feel about poetry the way screenwriter Ben Hecht felt about working on the screenplay for Gone With the Wind.  I’ll do it, he told the producers, but only if I never have to read the book.  There’s no doubt in my mind that poetry is the highest form of literature, that it’s the greatest expression of the human condition, and that we English-speakers have access to a reservoir of poetry unmatched for quality in the last seven hundred years.  But I recoil at the prospect of actually reading it.

Allen Ginsberg once described a poet as a man standing in a field waiting to get hit by lightening; and he felt that he’d been struck only twice - once with “Howl”, the second time with “Kadish".  Reading poetry is often like watching that man in the field and waiting waiting waiting for the lightening.  In fact, you need to watch several people in the field and the skies are usually clear for weeks at a time.  It can be very trying.  So many poets, so little lightening.  A guide would be helpful.

It would be hard to find a better one than August Kleinzahler.  There are three reasons for this.  First, he is himself an outstanding poet.  (All the links in this post will take you to samples of that respective author’s work.)  If you wish to start reading contemporary poets his work is an excellent place to begin.  Second, although he currently lives in San Francisco, he was born and bred in New Jersey (as was I), so his tolerance level for bullshit is much lower than that of the average American.  And, third, he has released a great new book of essays - Sallies, Romps, Portraits, and Send-Offs: Selected Prose, 2000-2016.  It’s very good.  In fact, I couldn’t, as the saying goes, put it down.  How often can that be said of a book of essays on poetry?

Most of these pieces originally appeared in The London Review of Books and now that they are gathered together they paint a portrait of American poetry since World War II.  Some of the writers are well-known: James Schuyler, Allen Ginsburg, Thom Gunn, James Merrill, etc.  Others are not: Christopher Logue, Roy Fisher, Lorine Niedecker, critic Kenneth Cox.  The book could easily have been called Lives of the Poets since the biographies tend to intertwine, the cumulative effect is polyphonic.  Basil Bunting, for instance, pops up as a minor character in a few essays but then gets one all to himself.  Louis Zukofsky, too, stands in the background of many of these pieces before moving to center stage.

Kleinzahler does an admirable and highly entertaining job of depicting the poets and the milieu in which they worked.  Here he is describing the era of Robert Lowell, Elizabeth Bishop, John Berryman, Theodore Roethke, etc:

For what then seemed a lengthy spell, from the late 1950s well into the 1970s, the stander-bearers of American poetry were a group of manic-depressive exhibitionists working largely, if not exclusively, in traditional meter and rhyme scheme, analysands all, and with self-inflating personae that always reminded me of those giant balloons of Micky Mouse and Pluto associated with Macy’s Thanksgiving Day parade….Lowell and Randall Jarrell, roommates at Kenyon College in the 1930s, and to a lesser extent Berryman, too, were big on rating and ranking: the top three poets, the top three oyster houses or second baseman, the three best Ibsen plays - they seemed especially to like the number three.

His love and passion for poetry are infectious, and his assessment of the poets themselves, lively and engaged.  The sparse typography of Lorine Niedecker’s fragile poems serves as “a reminder of the silence from which the poems emerged, by which they were pervaded, and to which they returned.”  After finishing the Selected Poems of Robert Merrill he comments that the experience is like “being trapped in endless rooms full of Ming Dynasty black lacquer furniture…it’s exquisitely fashioned but makes you want to find the sanctuary of a Shaker meeting hall where one might sit on a hard wooden bench and stare at not very much at all.” 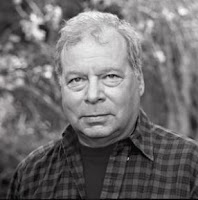 Kleinzahler knew several of these writers personally and his recollections add a vividness and humanity to the book.  He recounts his lunch with Allen Ginsberg, whose life seemed to be an equal combination of the banal and the sordid.  Leonard Michaels, a novelist rather than a poet, comes across as boisterous, obstreperous, irresistible fun.  And I especially enjoyed Kleinzahler’s recounting of the time he spent with Thom Gunn in San Francisco.  Occasionally, the two of them would get together, grab a drink, and go catch a movie matinee.  Once, after seeing Sexy Beast, they have a few too many martinis and get on an obscenity jag.  Soon they’re cavorting around the bay’s public transit system chummily yelling obscenities at each other.  Oh, if only there was a YouTube video of that.
This book could also have been called Life of a Poet.  Interspersed with these essays are pieces of an autobiographical nature - an account of how he became a music critic, diary selections, a memoir of hunting for jobs in Alaska, a road trip with a pesky and obnoxious companion called “the Maestro” (the soubriquet “asshole” would have done, too).  Kleinzahler himself comes across as smart, funny, opinionated, free of any traces of pretension or cant.  When younger writers ask him for advice, he remarks that he always wants to tell them to find a rent-controlled apartment (advice, let me add, which is good for any profession).

The last essay in the book is an account of his mother's final months and the selling of her house in Fort Lee, NJ after her death.  It's honest, clear-eyed, moving but never sentimental.  We follow Kleinzahler's emotions as the furniture and tchotchkes of his childhood home are sold off or thrown out piece by piece until the house is an empty shell waiting to be occupied by its new tenants, a young Chinese couple.  Along the way, we meet his sister and brother-in-law; the next door neighbor who undertakes to sell the place; Dario, a Colombian friend of the neighbor's who helps him clean the house and remove the bulkier items.  In the midst of separation and grief, Kleinzahler records the life surging around him, the vitality that never stops.  And as in the earlier essays the effect is gripping and, more importantly, true to life as well.

Posted by Andy Nicastro at 5:42 AM